I’m sure you’ve seen the Wedding Crashers movie, where Owen Wilson and Vince Vaughn spend their weekends crashing weddings in order to pull.  Until one of them falls for a woman he meets at a wedding they crashed and breaks the number one rule of Wedding Crashing – don’t accept a weekend invitation to a country retreat from the family of the wedding you crashed!

In a previous life where part of my job was showing the region to journalists from cities that the local airport had flights to, to get them to promote the area to their readers and encourage visitors) – a bunch of Irish writers came over and after a full day out showing them the sights we took them back to their hotel and (mistake…) left them in the bar.  When I returned to collect them the following morning at 9.30am they were a little worse for wear and informed me that they’d had a lovely time dancing at the wedding, actually telling some of the guests they were long lost cousins of the bride and plying the FoB with whisky until he believed them!

You might think you know everyone at your wedding but if you’ve got 200 people and you allowed a plus-one on your invitation chances are there are faces you won’t know. So how do you spot a wedding crasher?

♥ The Wedding Crasher (from this point forward referred to as WC) will only come out at night. You are unlikely to find one at your wedding breakfast – table plans are hard to get around!

♥ The WC will be overly charming. You’d think they’d try to blend in but their cockiness means they will have to buy key people drinks and be flirty with the ladies, offering lashings of compliments

♥ The WC will rarely stay on one table too long, for fear of getting found out.  Their reaction to that question ‘so are you friends with the bride or groom’ won’t phase them but their answer will be vague and different to everyone who asks it

♥ You’ll find the WC on the dance floor, boogeying from one lovely to another, never staying long enough for a conversation or for anyone to get a really good look at him.  He’s not likely to do the YMCA but will probably start Oops Up Side Your Head 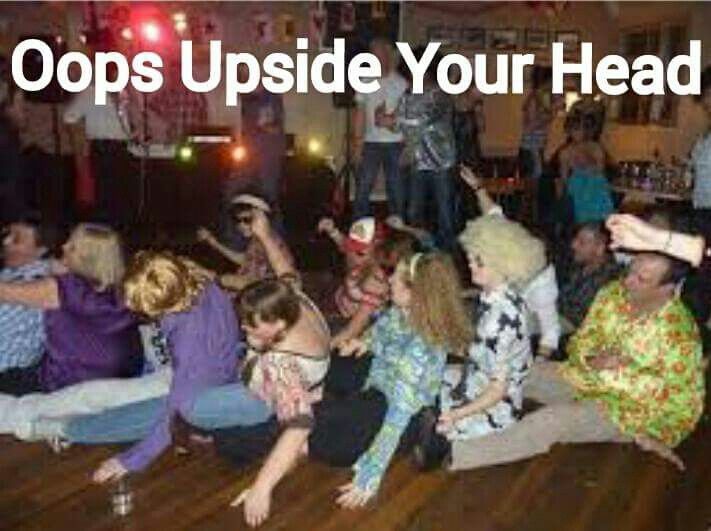 ♥ The WC will be very well dressed. When you crash this many weddings it’s imperative to have a good suit and swanky shirts

♥ A WC worth his salt will only crash one wedding a year per venue.  Otherwise the very savvy staff start to get suspicious and that won’t do!

Of course, very occasionally there’s a welcome wedding crasher. Like Marooon 5 or Gary Barlow. These ones no bride would be too bothered about!

So there you have it. Next time you’re at a wedding have a look around and see if you can spot the crasher.  There’s bound to be one!  ♥